The chances are when a group of fitness professionals get together we will often geek out over obscure components of exercise science that mean very little to the average fitness consumer. One common topic of discussion centers on which sport has the fittest athletes in the world. With the recent conclusion of the annual CrossFit games and the start of the 2016 Summer Olympics this has been a recent topic of discussion.

Some will argue that Ironman triathletes who must swim, bike and run more than one twenty miles in a competition are the fittest.

Others will make the case for CrossFit competitors who are required to lift, sprint, jump, throw, paddle or carry in a multiple events that test strength, power, mobility and endurance.

Still others will argue that fighters, which includes wrestling, boxing, martial arts and MMA, are the fittest athletes.

The discussions have centered on the fact that the article addresses many components of fitness such as cardiorespiratory endurance, strength, power and agility but leaves out an important component critical for athletic success — reactivity.

Endurance athletes such as runners, triathletes and cyclists as well as competitors in challenges like the CrossFit games can be extremely fit and well conditioned, but these sports are based on cyclic, repetitive actions that don’t require athletes to react to an opponent’s movements. The one thing that sets fighters apart from other athletes is the fact that they have to react to an extremely unpredictable component; which is something that triathletes and CrossFittters do not have to take into consideration. That said, fighters often have ample time between fights to prepare and plan for each opponent’s tactical strengths.

Having the cognitive ability, speed, agility, strength, power and stamina to react to — or anticipate — an opponent’s movement can significantly elevate the demands of a competition.

All athletes possess certain physical traits and skills that allows them to excel in their chosen sport. Sports that require open skills — reacting to an unexpected stimulu — create higher levels of neural activity and energetic demands than sports featuring closed skills — repeating a cyclic motion or performing a rehearsed routine. Open-skilled sports that require high level of reactivity can help develop enhanced brain function along with improved physical conditioning.

Taking all of these components into consideration when ever the discussion of the world’s fittest athletes come up I ALWAYS argue the case of the tactical athlete. A tactical athlete can be any military or law enforcement personnel who must operate in an extremely challenging and dangerous environment. It’s one thing to perform athletic feats against other competitors, but when your opponent is attempting to shoot you or blow you up it creates a much different environment. Operational fitness for tactical athletes combines all of the facets of fitness: strength, power, agility, cardiorespiratory endurance as well as mental acuity to react to life-threatening situations. 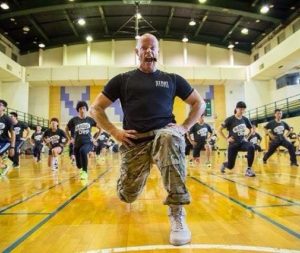 In my opinion here are a few reasons why tactical athletes are the world’s fittest; they:

The reason why training for military and law enforcement jobs is so physically demanding is because the jobs themselves require an extremely high level of fitness. If you are interested in challenging yourself to achieve a high level of fitness then at some point you may have considered participating in a boot camp workout program.

The term ‘boot camp’ has become a generic term for an outdoor fitness class featuring a variety of different modes of exercise in one workout. Those classes can provide some health and fitness benefits but if you are looking for a challenge and want to train like the world’s fittest athletes then consider searching for a boot camp class taught by trainers with real military experience.

Ken Weichert, more commonly known as Sgt. Ken, has more than twenty-five years of military experience that he was turned into a successful boot camp fitness program. Recently Sgt. Ken was recognized as the 2016 Fitness Instructor of the Year at the IDEA World fitness convention.

To hear Sgt. Ken and I discuss the benefits of boot camp conditioning programs listen to the first episode of my All About Fitness podcast where Ken talks about his experience in the military, including how he helped track down Saddam Hussein, and how he used those experiences to design a workout program that can help you achieve a high level of fitness.

Finally a big “HOOO-AHH” and Congratulations to Ken for winning the IDEA Fitness Instructor of the year for 2016; a fitting recognition for an important leader in our industry; well done my friend! 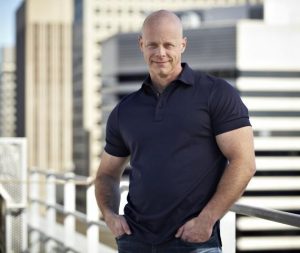