Okay, I’m going to go out on a limb here and make the case for performance enhancing drugs aka anabolic steroids aka stuff your body produces naturally. The big question is:

Why can I (as a 40-something year old guy) take testosterone (T) legally but pro athletes can NOT?

This is a hot topic for me b/c I can’t enjoy a game or sports show on radio, podcast or TV without being inundated by stupid commercials for the over-hyped medical “ailment” of low T.

And it is immensely stupid that our government has spent umpteen millions of dollars prosecuting athletes who were merely trying to prolong a career for a few extra $$$ (Clemens, Bonds, et al) meanwhile numerous TV commercials promoting the EXACT SAME SUBSTANCES run almost continuously on most sports networks.

Andropause is a real thing and refers to the fact that men will produce 1-3% LESS T per year after age 35. That is why drug companies are now selling T supplements on TV, it’s a real thing, but it is hardly life threatening and there are PLENTY of ways to enhance T naturally so seeing your doc to get hooked on a prescription is not necessary, unless you like spending money on stuff you don’t need.

When it comes to anabolic steroids how many of you reading this have them in your body right now? Most of you will think: no way, I don’t and won’t do them, I’m not a cheater. Guess what??? They’re in you. Right. Now.

Anabolic just means growth and a steroid is a hormone that acts on receptors in the nucleus of a cell; peptide hormones work on receptors on a cell membrane. Your body will produce a certain amount of T (steroid), growth hormone (peptide) and insulin-like growth factor-1 (IGF-1, a peptide, growth factors have many derivatives which can be generally classified in this category for the purposes of my rant) in response to an appropriate stimulus, most commonly from exercise.

The primary roles of T, GH and IGF-1 are to help promote muscle protein synthesis and stimulate the production of new satellite cells (the building blocks of muscle cells) in response to a metabolic or mechanical stress on the body. (FYI T is the only steroid in the group but all help build muscle mass). There has been some debate amongst researchers about the role of hormones in muscle growth for the average fitness enthusiast, Brad Schoenfeld does an awesome job of reviewing the hormone hypothesis here,  one thing we know for almost certain is that increasing levels of anabolic hormones leads to muscle growth. The two types of exercise stimulus that lead to hormone production are:

If you follow a high intensity strength program, eat a healthy diet and get plenty of sleep your body will produce plenty of its own anabolic hormones (to be fair to GH and IGF-1 they’re all hormones, but not all hormone are steroids). Taking supplemental hormones will only help a body to recover from the mechanical and metabolic stresses of a workout quicker, allowing an athlete to train more. For older athletes supplemental anabolic hormones simply replace the hormones the body stops producing as a result of aging.

Here’s the kicker: supplemental hormones will help an athlete recover quicker, but THEY WON’T MAKE SAID ATHLETE MORE ATHLETIC.  Hormones helped McGwire, Bonds, Clemens handle the stresses of a 162 game season and allowed them to maintain the muscle mass necessary to perform at a high level as they matured BUT THEY DID NOT MAKE THEM BETTER ATHLETES.  Roger had great control and Bonds and McGwire could put the bat on a fastball based on their innate ability, not as a result of higher levels of hormones in their body.

Likewise some extra T may have helped Lance recover quicker from the stresses of cycling hundreds of kilometers a day but IT DID NOT give him the killer instinct and competitiveness required to win the toughest bike race multiple years in a row; that comes from within.

Professional athletes place their bodies under a tremendous amount of stress during competition for our entertainment. Training to increase muscle mass in the off-season and then maintain that mass during a season takes a lot of strength training AND a lot of recovery – muscles get stronger during the recovery period AFTER exercise, not during. All that supplemental hormones do is to allow an athlete to train harder and recover quicker. The purpose of strength training for a sport is to 1: minimize the risk of injury 2: improve performance; supplemental hormones can help with #1, but have minimal impact on #2.

If it is perfectly legal for me, a 44-year old man, to ask my doctor for a script for Tgel b/c I can’t satisfy my wife then it should be okay for a professional athlete who has a limited amount of time to extract the highest financial return on his (or her) God-given asset of talent to take supplements to help their career.

That said an athlete who does decide to supplement should have to work with an appropriate doctor like an endocrinologist and not some guy at a gym who “has read a lot of stuff.” The reason why Lance never tested positive is b/c he worked with a doctor and kept his hormone levels within the margin of error allowed by testing. Other athletes get caught b/c they take too much, their hormone levels spike above a ‘normal’ range and that indicates a higher level. That said, any athlete who does juice should forgo all records, the writers who cover the sport can decide about any election to the hall of fame.

Adrian Peterson will run over people because of his natural talent and ability, taking supplemental hormones will allow him to recover quicker and maintain his muscle mass over a 20 game season (including pre-season and any any possible post-season appearances). If the league is going to expect players to play on Sunday and be ready to go for a Thurs night game, or fly to Europe for the occasional game and if the owners want to make the greatest return on investment by keeping top players healthier and playing longer then it is in their best interest to find a way to use supplemental hormones safely. (FYI, I’m using AP as an example and am in no way suggesting he juices; but so what if he did, it’s what fans want, right?)

While they can provide numerous benefits at the pro level, the reason why supplemental hormones should be kept out of pro sports is this: the kids. Adults don’t fully develop until their early 20s, if teens start taking supplemental hormones the body will stop producing them naturally and the entire balance of the neuroendocrine system will be thrown out of whack. It would be very tough to tell a 17 or 18 year not to juice if they want to make it to the pros if all of the players at that level are already juicing. This is already a major problem and the reason why the pro leagues should maintain the testing regimin – promote safety for the youth.

The fact is that fans want to see faster games with lots of home runs, bigger hits and overall more contact (no one goes to the NHL for a finesse passing game, they go for the body checks). Supplementing hormones would help players maintain the ability to provide this level of entertainment; the leagues know it, the owners know it and the players know it.

So we’ll keep things the way they are with the testing and if someone gets caught they’ll do their time; but please, as long as we have commercials for steroids on TV let’s end this nonsense with the BS handwringing that steroids are bad or “cheating.” All hormones do is promote natural biological functions in the body. If you’re a guy over 40 who wants more T, don’t use a gel, go see a trainer, grab something heavy and lift it; or go run a bunch of 50 meter sprints.

FYI-research shows that jogging lowers T, not elevates it; so forget the jogging trail and the next time you’re at your kids practice and they’re doing windsprints, line up and do ’em too; you’ll set a good example for the kids, burn a few calories and the sprints will boost your T levels (and your wife will appreciate the results)! 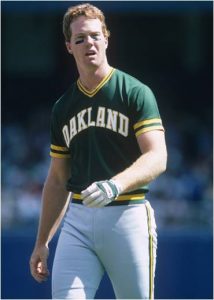 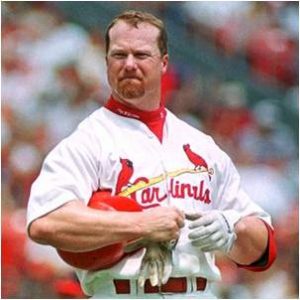